US actor, producer, screenwriter and director, John Malkovich is first of all a theatre artist. After discovering theatre at the beginning of the 70s (Illinois State University), he founded in 1976 the famous Steppenwolf Theater Company with Terry Kinney, Jeff Perry and Gary Sinise. He rose to fame in cinema with his interpretation of Valmont in Dangerous Liaisons by Stephen Frears, alongside Michelle Pfeiffer and Glenn Close. After this role which marks a significant step in his career, he will act in more than 70 movies in the United States and abroad. Interpreting a wide range of roles, he has been nominated twice for the Oscar for best actor in a supporting role for Places in the Heart (1984) and In the line of fire (1993), and he has been awarded for his interpretations in movies such as the Killing Fields, the Dangerous liaisons, Being John Malkovich or Changeling. In 2011, he directs his third theatre production in Paris, Les Liaisons Dangeureuses at the Théâtre de l'Atelier after the success of Hysteria (Marigny, 2002) and the Good Canary (Comedia, 2007) for which he was awarded the Molière for best staging. 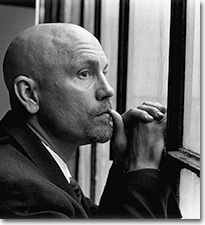