Amadou-Mahtar M'Bow, was the sixth director general of the United Nations Education, Scientific and Cultural Organization (UNESCO), had humble beginnings. Born in Dakar, Senegal, in 1921, M'Bow grew up in a small town where he learned traditional farming and animal tending skills before volunteering for the French army during World War II and going to study in France.
M'Bow began working for UNESCO in 1953 with the literacy program "Le Service de l'Education de Base." Back home in 1957, M'Bow assumed the post of minister of national education and culture in the first indigenous Senegalese government to handle internal affairs. In 1958 M'Bow clashed with Léopold Senghor, another nationalist leader and Senegal's future president, over the issue of transition to independence. M'Bow supported immediate and complete independence for Senegal, while Senghor and a majority of Senegalese favored continued affiliation with the French community.
In 1966 M'Bow became a member of UNESCO's executive board and twice - in 1966 and 1968 - he served as head delegate of the Senegalese mission to UNESCO. In 1970 M'Bow became assistant director general for education of UNESCO.
Four years later, at age 53, M'Bow became UNESCO's director general, succeeding René Maheu. M'Bow was the first Black African to head a United Nations support organization. He won unanimous reelection to a second term of seven years in September of 1980. He has written at least six books, all published by UNESCO in Paris: Suicide or Survival? The Challenge of the Year 2000 (1978); Consensus and Peace (1980); Building the Future: UNESCO and the Solidarity of Nations (1981); Legacy for All: The World's Major Natural, Cultural and Historical Sites (1982); Where the Future Begins (1982); and Hope for the Future (1984). 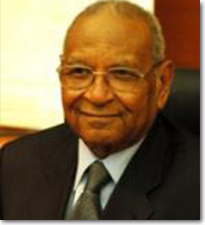