André-Louis PERINETTI was Secretary General of the International Theatre Institute from 1984 –2003. He was designated President of Honour of ITI in 2003. He is a stage director and theatre director who has held many important positions of responsibility at the head of national theatres in France. After studies in the field of economics and law, he embarked on a career in theatre with the University of the Theatre of Nations (UTN) in 1962, first as a participant and then as workshop director in 1963 before becoming its director in 1966. In the 1970s and 80s he carried out numerous studies and missions for the French Ministry of Culture in France and the Ivory Coast, and for UNESCO in Brazil. A-L Perinetti is presently also a member of the Managing Board of the Research Laboratory on Performing arts of the CNRS. 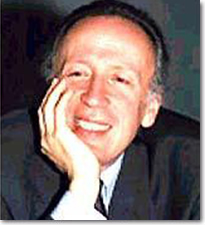