Fathia El Assal has written 120 dramatic works for radio (First play: 1957), 57 prime time serials for television, and 6 plays, all of which were produced in important Egyptian theatres. (First play: "The Seesaw", 1969). Many of these expressed themes revolving around social, religious and political problems regarding Egyptian society in general, and women in particular. One such work, "The Dumb Woman" was playing in Cairo in 2003.

Fathia El Assal has written a very frank and audacious autobiography (in 4 volumes), entitled "The Womb of Life", in which she refers not only to her own hardships as a girl and a woman, but to the plight of women in general in her country from 1943 to this day.

Relevant biographical information:
After having been taken from school at the early age of ten, she suffered the fate of many young girls and women in the very conservative Egyptian society of the time (excision, early marriage). Married to writer and political activist Abdallah El Touhi, Fathia El Assal received his encouragement and support to continue her education. Both her talent as a writer and her determined struggle to improve the treatment of other women in her country led her quickly to literary and social prominence.

Imprisoned in 1982 because she had espoused her husband's political commitments, she wrote a play entitled: "Prison for Women". This received national acclaim, and is now being used all over the country in radio and television programmes as a reference. 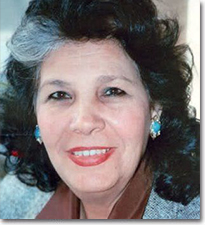