Edward Franklin Albee is an American playwright best known for Who's Afraid of Virginia Woolf?, The Zoo Story, A Delicate Balance and Seascape. His works are considered well-crafted, often unsympathetic examinations of the modern condition. His early works reflect a mastery and Americanization of the Theatre of the Absurd that found its peak in works by European playwrights such as Jean Genet, Samuel Beckett, and Eugène Ionesco. Albee continues to experiment in new works, such as The Goat: or, Who Is Sylvia? (2002).

His first play, The Zoo Story, was first staged in Berlin. The less than diligent student later dedicated much of his time to promoting American university theatre. He frequently spoke at campuses and served as a distinguished professor at the University of Houston from 1989 to 2003.

A member of the Dramatists Guild Council, Albee has received three Pulitzer Prizes for drama—for A Delicate Balance (1967), Seascape (1975), and Three Tall Women (1994); a Special Tony Award for Lifetime Achievement (2005); the Gold Medal in Drama from the American Academy and Institute of Arts and Letters (1980); as well as the Kennedy Center Honors and the National Medal of Arts (both in 1996). In 2008, in celebration of Albee's eightieth birthday, a number of his plays were mounted in distinguished Off Broadway venues, including the historic Cherry Lane Theatre. The playwright directed two of his one-acts, The American Dream and The Sandbox there. These were first produced at the theater in 1961 and 1962, respectively. 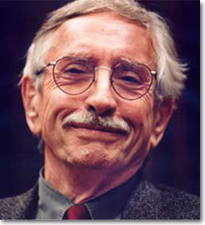