Brett Bailey is a South African playwright, designer, director, installation maker and the artistic director of THIRD WORLD BUNFIGHT. He has worked throughout South Africa, in Zimbabwe, Uganda, Haiti, the Democratic Republic of Congo, the UK and Europe. His acclaimed iconoclastic dramas, which interrogate the dynamics of the post-colonial world, include BIG DADA, IPI ZOMBI?, iMUMBO JUMBO, medEia and ORFEUS. His performance installations include EXHIBITs A & B.

His works have played across Europe, Australia and Africa, and have won several awards, including a gold medal for design at the Prague Quadrennial (2007). He headed the jury of the Prague Quadrennial in 2011, and was a juror of the International Theatre Institute’s ‘Music Theatre Now’ competition in March 2013.

He directed the opening show at the World Summit on Arts and Culture in Johannesburg (2009), and from 2006-2009 the opening shows at the Harare International Festival of the Arts. From 2008-2011 he was curator of South Africa’s only public arts festival, ‘Infecting the City’, in Cape Town. In 2014 he will deliver the International Theatre Institute’s World Theatre Day message to UNESCO. 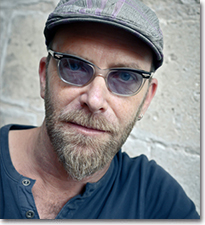