Famous Brazilian theater director Augusto Boal is between 1965 and 1971, Director of Arena Theatre in Sao Paulo. The purpose of the Arena is to defend popular theater productions and to create an aesthetic revolution in response to the model imported from Europe. Augusto Boal is involved in this work on new forms such as Theatre Journal with the concept of "spect'acteur" that will appear at the Theatre of the Oppressed.

Arrested in 1971, he was tortured and forced into exile. He then settled in Argentina and focused on the need to invent a different form of theater that could be practiced by the oppressed.

Facing dictatorships throughout Latin America, Augusto Boal fled to Portugal. In 1977 he introduced in France his concept of Theatre of the Oppressed. In 1986, Boal returned to Brazil. He was elected as a legislator in 1992 in the city of Rio and led the major project "Legislative Theatre" which aimed to promote democracy through theater. Until his death in 2009, he frequently gave lectures and training in parallel to the direction of the Centre for Theatre of the Oppressed in Rio de Janeiro. At the World Theatre Day 2009 for which he was the author of the message, Augusto Boal was appointed Global Ambassador Theatre for ITI. 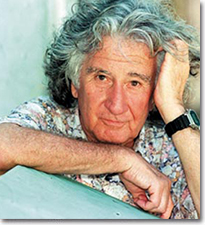